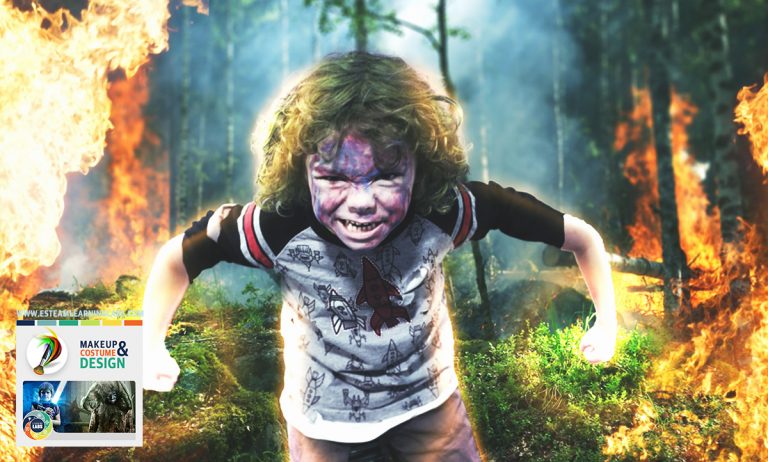 We offer students professional training with todays Working Industry Professionals who share the creative and technical skills that have allowed them to succeed in this Industry.

We are so much more than just an acting school, we are a Company made up of Industry Professionals who work in all aspects of the Industry (Production, Casting, Acting, Writing, Distribution) and we teach not only the craft, but also the business, and develop our students ability to evaluate various projects and secure future opportunities.

How we do it

​We combine our years of respective experiences, then we team with the best mentors in town and work with them in designing the most informative classes possible in each specific field. Hands-On, Project Based Learning allows Students to gain to deeper and more extensive knowledge.

We have defined 4 fundamental keys to success and use them to tailor our curriculum, thus allowing our students to jump start their career with this knowledge already earned. 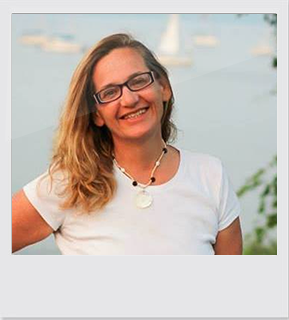 JoAnn Nolte: As a life-long learner, JoAnn has pursued a wide range of knowledge and experience across several fields.  JoAnn studied Organizational Management and Youth Psychology while attending Colorado Christian University, she began her journey in the realm of learning as she and her four children journeyed together through 12 years of homeschooling.

Along the way, JoAnn has learned real-life lessons on how young minds truly think and learn, how to celebrate and capitalize on those varied learning styles, and strengthen individual talents and interests.  She celebrates opportunities to see those around her heroically traverse challenges to discover how they can change their corner of the world.  She truly believes that everyday life is a huge, open classroom with endless possibilities.

While on this learning journey JoAnn started Learning Fun 101: LEGO Robotics, an educational company in the Central Texas Area that reaches over 2000 children every year with Science, Technology, Engineering, and Math.   Learning Fun 101 success was the beginning of her life as an entrepreneur and a key component in the creation of E.S.T.E.A.M Academy. 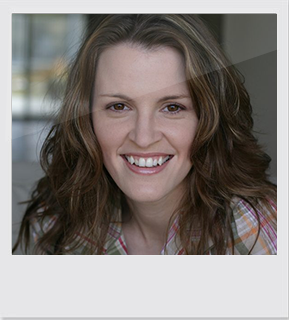 Nicholle Walton-Durban: Passion, Purpose, Curiosity, and Grit. These are the things that have driven Nicholle thru her life. Born and raised in the South, at the age of 20, she would set out on her Hero’s journey and chase her dreams to Los Angeles, CA. There she attended Santa Monica College,Cal State Fullerton, studied Theater Arts, traveled to China as part of a Musical Theater Troupe/Cross Cultural Exchange Program, received her license in Cosmetology, and worked her way up in a startup from an entry level position to VP of Operations in just under 5 years. After relocating to Austin, TX in 2008, Nicholle opened Edgen Films in 2010, and then 4Reelz School of Film in 2014, offering classes and camps where kids, teens, and adults of all ages could come to explore, create, and express, while learning and developing skills in a variety of Art / Tech Industry’s.

Of all her adventures, becoming Mom to 3 wonderful boys is truly where passion and purpose aligned, and Nicholle wanted to ensure they would have an environment where they could discover their own unique gifts, talents, passion’s, and purpose. In 2016, Nicholle would team up with Joann Nolte and open E.S.T.E.A.M Academy (an Acton Academy affiliate) combining their love of Art, Technology, and Entrepreneurship with Core Academic Studies, Socratic based Discussions, Projected-Based Learning and Enrichment, in a Student-Led environment.

Brett St Germain started the pursuit of “music as career” at the age of 9. As a young teenager he started performing professionally, and studied music theory on the collegiate level. He Has received a Bachelors of Music (Composition) and has written nearly 3,000 works to date. Compositions range to any genre, and excluding Antarctica, his music has been heard on every continent.

Brett St Germain started teaching music in 1990. He believes there are only two ways to become an original voice on this planet, 1. You can be born in a box, never to have human contact, interaction, or experience, then, emerge from the box at an age when your brain is fully developed, and produce Music as you know it to be, or 2. Learn everything you can about every aspect of music (every culture, every genre, technique, etc) and then combine all of that knowledge to one’s creations..

Live performance is the heart of Brett’s career, and he performs 275+ times per year. Brett currently performs solo voice, and backs himself with his 6 String Orchestra. As a composer, Brett has scored 1 Feature Length Film, 7 short films, 5 music videos, and in 2016 had two new works commissioned for public performance.

To the dedicated student, Brett teaches music, both performance and theory, and he is excited to be a part of 4Reelz School of Film, and to help influence and shape young up and coming Artist.

You can learn more and Brett by visiting is sites: www.brettstgermain.com as well as www.thebrownproject.net.

Daniel (Dan) Calderone has been drawing since kindergarten where he skipped-out on class to hide in the library with a learn-to-draw Popeye book, until he got caught. Dan was born in Pennsylvania, although he grew up in Houston, TX and currently resides with his family near Austin, TX. where they are active in the homeschool community.

Dan attends The Art Institute of Austin in pursuit of a BA in Media Arts & Animation with graduation anticipated in December of 2015 at which time he will present his full portfolio. He studies predominantly in 3D environment art but additionally he is advanced in concept art, storytelling, story boards, animation, and digital paint. His work has been represented in two film festivals and has been featured by Professors. When not busy with homework, Dan can be found fighting evil doers from his home base in Hutto, TX along side his team of trusty sidekicks: his wife, three daughters, and super-pets kitty and fish.

Dan can be reached at calderone.dan@gmail.com

My online Generalist Reel can be viewed here at www.dancalderone.com

Justin has written trailer music for the some of Hollywood’s highest grossing films of all time such as James Cameron’s “AVATAR”,  “Alice in Wonderland”, and “Harry Potter and Order of the Phoenix”. He has composed film scores for the “SyFy Channel”, “Lifetime Channel”, and Numerous video game titles. He has 20+ feature film scores under his belt along with hundreds of short films from directors and producers around the world.

Along with his talent for writing emotional music for film, he has a strong passion for the visual arts including Directing, Visual FX, Compositing, Editing, Web, Digital Art, & Graphic Design. His music can best be described as “Upliftingly Dark” Cinematic Film Music with Epic Intimacy. He plays by ear but the music ultimately resonates through his heart.

Kelsey Kimble uses her vast experience in performing a variety of different genres to entertain and educate others. As a performer, Kelsey enjoys singing jazz music with her husband and local pianist, Austin Kimble. She also writes and performs original rock music with their band, The Kimbles. Trained in classical voice technique from The University of Texas at Austin under the direction of Rose Taylor, Kelsey also enjoys acting in area theater productions. Favorite roles include: Louise/Eve in “Ruthless” (2018, City Theater, Austin), Regina in “Rock of Ages” (2017, Georgetown Palace), Calliope in “Xanadu” (2015, Georgetown Palace). Aside from performing, Kelsey has a passion for educating voice students of all ages and experience levels.

Angela Bennett is a member of The ACTORS EQUITY and SAG – AFTRA. She has over 15 years of experience as an actress. Some of her stage performances include Night Mother, Crimes of the Heart, Bee-Luther-Hatchee, The Miracle Worker, In Preparation of Eden, In the Blood and Spell #7. She has won ATAC Awards for her roles in Spell #7 for Best Supporting Actress in a Drama; and for her role in, In the Blood for Lead Actress in a Drama.

Some of her TV credits include Friday Night Lights, ER, Sisters in Spirit 2 and The MC Hammer Story. Some of her film credits include Facade, Between Kings and Queens, Glass of Water, and Road 2 Damascus. She has Improv training from the groundlings in Los Angeles, and years of commercial and film training from teachers in Los Angeles and Texas. Her most recent credits include a Nike national commercial, and a SAG-AFTRA short film called Blind Date Rules. She was also co-writer and co-producer on this film. She is currently enrolled at Austin Community College in the RTF program.
IMDB:
http://www.imdb.com/name/nm2438049/

At the time of this writing, Yasmine is a 27-year-old comic artist and freelance illustrator who has spent practically her whole life saturated in cartoons and education.

After getting a B.A. in Art and B.S. in Applied Learning and Development from the University of Texas at Austin, she earned her Masters in Illustration from the University of Edinburgh in Scotland. Since that life-changing experience abroad, she has been self-publishing her epic web comic Torus Link semi-based on this journey, collaborating on children’s books, making short comics, and exhibiting and selling her artwork as a freelancer.

When teaching kids, Yasmine strives to create an environment where everyone can learn, belong, and have fun without barriers— encouraging the celebration of everyone’s story.

Tika is a member of SAG-AFTRA with over 15 years of experience in front of the camera. She has worked as an actress on the set of national commercials, print ads, and television shows.

Armed with the necessary experience and knowledge to successfully work her way from the center of the lens to the back; Her zeal to excel has influenced her transition into producing, directing and editing.

Keylan Haynes is an actor from Austin, Texas.

He was trained by Paul Russell, Britney Flurry and Rick Roemer at The Actor’s School where he learned techniques like Meisner and Alexander. He has been in several films and has worked as a principal on commercials for ESPN and Whataburger among others.

He is also a graduate from Coldtowne Theater where he learned improv and still performs with his troupe. He believes strong in the quote “Let yourself laugh”.

Some of our past teachers have helped tremendously and we could not have done it without them. 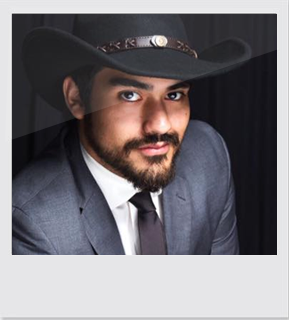 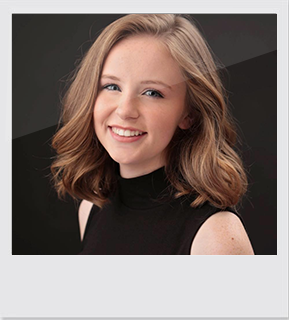 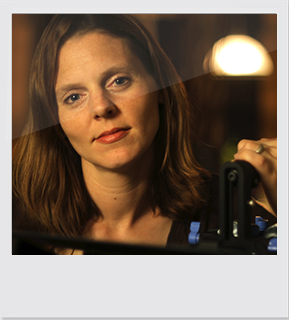 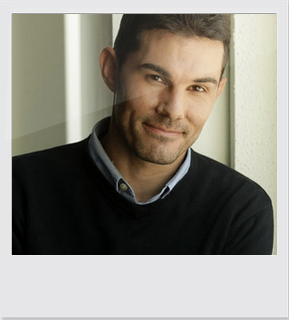 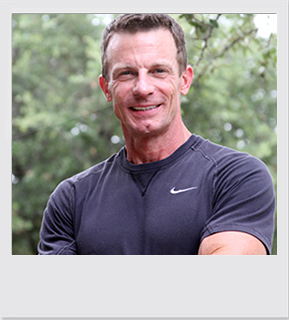 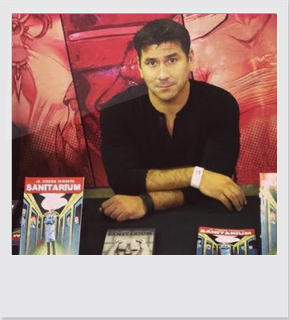 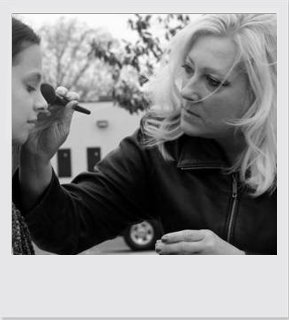 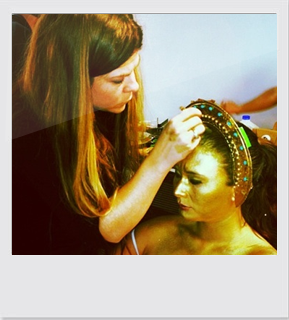 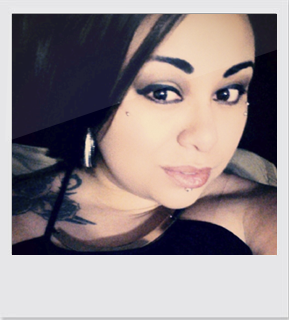 About Us
Who we are
What We Do
Why We Do It
Ready to have fun?